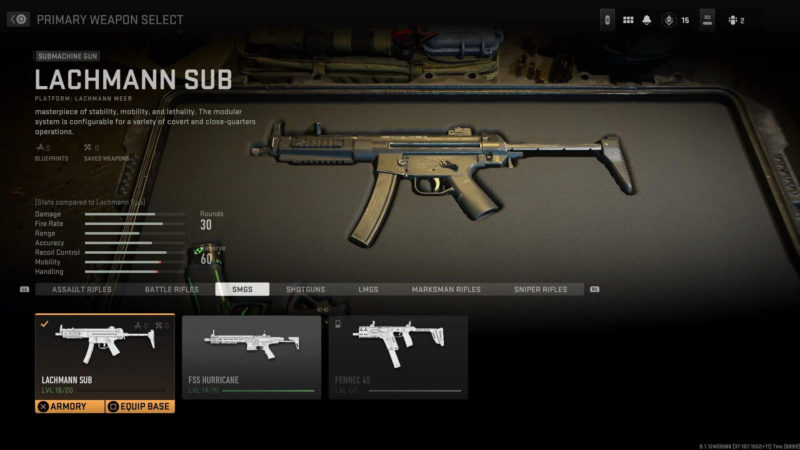 Best MP5 or Lachmann Sub Build – We have listed out a solid build for the MP5 or the Lachhman Sub which you can use in your loadout while playing Call of duty MW2 multiplayer.

The all-new Call of Duty Modern Warfare 2 is a first-person action shooter game developed by Infinity Ward. Activision publishes the game, a successor of Modern Warfare which came out in 2019. The game will be available on PC, Playstation 4, Playstation 5, Xbox X/S, and Xbox One. The game brings in the latest features both in single and multiplayer modes.

The Lachhman Sub is a submachine gun that the COD community calls the famous MP5 gun. This weapon is perfect for close-range encounters, but building it up properly can be a game-changer.

So this article will guide you about the best MP5 or the Lachhman Sub Build in Call of Duty Modern Warfare 2.

COD fans will be able to recognise the MP5 with its solid look and feel, and it features excellent accuracy, better than all the SMGs in the game. But to make it much better, here are the Attachments and the Perks that you can use for the Lachmann Sub in COD MW2.

These are the best perks for Lachmann Sub or the MP5 gun.

How to get the MP5 or Lachmann Sub for COD MW2

To unlock the Lachmann Sub you have to follow these steps.

Yes it is as simple as that. So make sure you grind a little bit in order to get your hands on the Lachhman Sub in COD MW2. Ace your enemies with it by building it up properly.

So this was all about how to get and build the MP5 or Lachmann Sub in COD MW2. Dont hesitate to experiment with different attachments; who knows which combination might work for you!

If you have something to add, feel free to comment down below. Also, keep an eye on Xombied Gaming for more guides and fixes!

A 30 year old avid gamer by choice dabbles in all things tech. Whether be it spending hours in single-player narrative-based games or going through the latest innovation in technology and chip manufacturing he prefers to stay on top of things. In the other times, you’ll find him tucked away drumming and headbanging to Rock and Roll Classics.