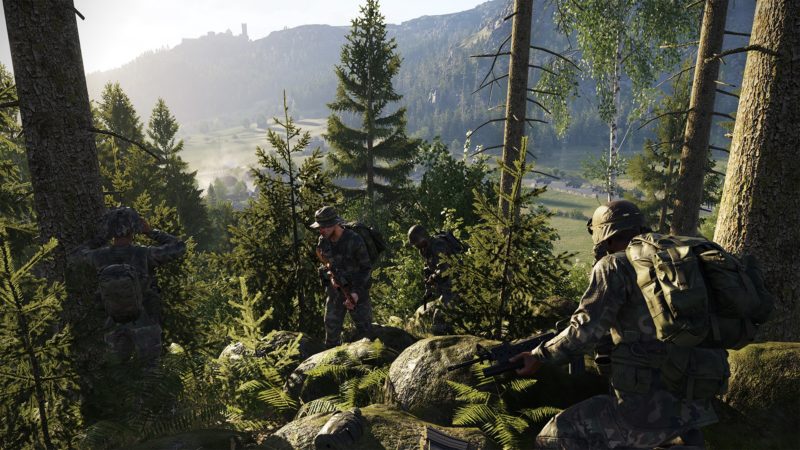 Arma Reforger System Requirements – Arma returns with their all new installement called the Arma Reforger. This game is powered by Enfusion Engine and lets you fight for the Supermacy on an Island terrain which ranges over 51 square kilometers. The game is set in an authentic Cold War theme with the realtime scenario creation feature in the Grand Master Curation Mode.

The game is set in Everon, a war-driven state where the events of Arma Cold War Assault started. This is Bohemia’s first step towards building Arma 4, a fully moddable platform for players to create a scenario of their own.

The new first-person Arma Game is available for both Xbox and PC for the first time in the history of the Arma series. The modded content of the game is also available to download for all the PC and Console Gamers from the Workshop itself, which is exclusive to the Arma Reforger game.

Can I run Arma Reforger? Well, this article is going to guide you everything about the system requirements of the Arma Reforger so that you can clarify whether your gaming PC can run this game or not.

Here are the minimum and the recommended PC requirements to run Arma Reforger Game.

From the requirements, it is pretty evident that you wont be needing a behemoth of a Gaming PC to run this game. With the minimum settings kept at GTX 1650, I would still say that your good old 1050Ti will also do the job that includes if you are planning to upgrade soon.

The Processor requirement is not too high either as most of the users have shifted to the newer DDR4 Ryzen Processors or equivalent Intel Processors. It is great to see Bohemia doing a fantastic job in keeping the storage down as well, as it is not much we see nowadays with first person shooter games.

Although the game is still in Early Access stage, we are very exited to see what it is capable of when the full version is released. The game gave me a constant 60FPS locked on my GTX 1080 8GB Graphics card with an Intel Core i7 7700 and 16GB RAM.

So this was all about the Arma Reforger System requirements. If you have something to add, feel free to comment down below. Also, keep an eye on Xombied Gaming for more guides and fixes!