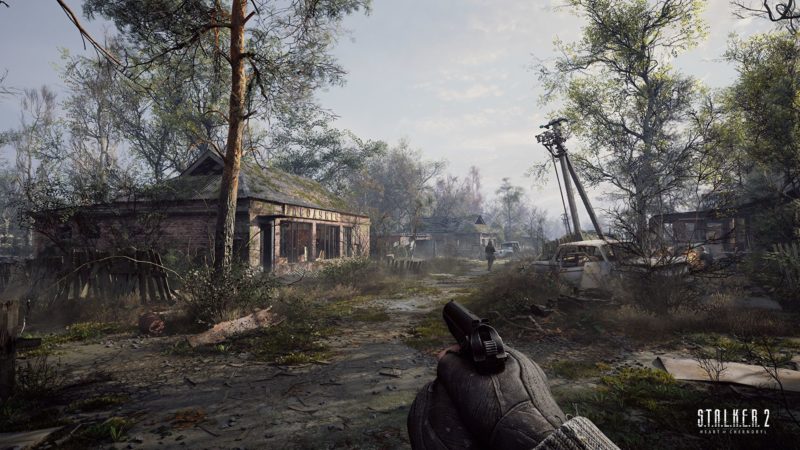 Stalker 2 Heart of Chernobyl System Requirements – S.T.A.L.K.E.R. or Stalker is a first person RPG Action Adventure game which is developed by GSC Game World in Ukraine. The game is set in the Chernobyl Exclusion Zone in an alternative world. Because of the nuclear disaster there the whole territory has been demolished. Because of the radiation there are different anomalies and mutants that roam around in the area. The first ever installment of Stalker came out in 2007.

The Stalker 2 Heart of Chernobyl brings in a newer story line with the same concept. After the massive explosion in 2006, the mutants and the anomalies have made the Exclusion Zone extremely dangerous to survive. The Stalkers are people who enter these dangerous zones to make a fortune from the artifact. You will have to take the role of a Stalker and roam around in the post apocalyptic world spun around a great storyline. The game features dynamic day and night cycle along with mod support as well.

The game is built on Unreal Engine 4, so we will see a lot of photorealistic graphics and a 64 square kilometres radioactive zone. From the trailers and the gameplay videos, we think that the game will be quite taxing for PC Gamers. Not everyone has a high-end gaming PC that can run the latest games. And especially nowadays, because of bitcoin mining, the prices of the GPUs and the other components have gone up. So this article will guide you about the Stalker 2 Heart of Chernobyl and discuss whether you can run it or not.

Can I Run it? Stalker 2 Heart of Chernobyl System Requirements

Here are the minimum and the recommended PC requirements to run Stalker 2 Heart of Chernobyl.

Talking about the System Requirements, I think this game is going to be heavy with the minimum processor requirement being an Unlocked 7th Generation Core i5 or an AMD Ryzen 5 1600X Processor which are both extremely good processors and can still Game and capable enough to run other workloads as well.

I personally have a system built with a 7th Gen Core Processor and it still runs like a champ. So yes, the processor requirements are a little high but if you have bought your system 3-4 years back, you will be good to go with it. The recommended processor requirements are also higher with Core i7 9th Gen Unlocked Processor or the AMD Ryzen 7 3700X.

Coming to the GPU, yes, an 8GB VRAM Requirement from AMD and at least 6GB from Nvidia, clearly shows where gaming is nowadays headed towards. The photorealistic graphics along with the huge open world as they have shown in their gameplay and trailer videos, it is pretty eminent that you should have a good enough GPU in order to run this game.

And when we say good enough GPU, it means it should have at least 6GB VRAM. This game is going to be very heavy from the system requirements. But we hope the developers do their part in optimizing it the best they can so that we can have a great experience playing and sharing it with you.

The storage takes up a whopping 150GB Space. Looks like Stalker is following Call of Duty’s footprints. The developers also recommended the game to be loaded on an SSD and not a traditional hard drive. So you would need at least a 240GB SSD or to be on the safer side just get a 500GB one.

For the RAM, I think the developers showed us some mercy by giving only 8GB RAM as a minimum requirement while bringing it back to 16GB with recommended requirements. That is still okay since most of u should be 16GB of RAM if you intend to game in 2022.

So this was all about Stalker 2 Heart of Chernobyl PC requirements.

If you have something to add, feel free to comment down below. Also, keep an eye on Xombied Gaming for more guides and fixes!