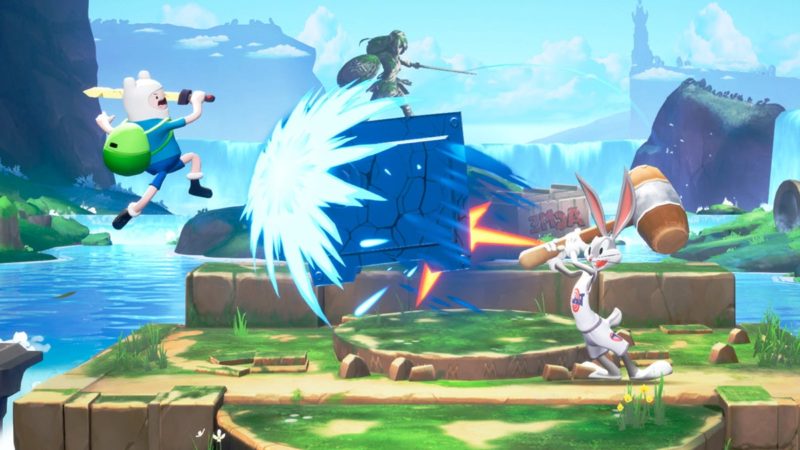 This Game has a unique reward system that is connected with Twitch. These are some codes that were dropped in the Early Access Gameplay event. If you have missed the Beta Gameplay in Early Access, you can collect them in a particular way now. The game as a Teen ESRB rating.

The game is still in Early Access Beta so we have encountered some issues like the offline bug and we have a fix for it here. Many players have reported that they are unable to start Multiversus and it is constantly crashing at startup or won’t launch at all. There are many reasons for this, and we will go through each checkpoint to fix Multiversus crashing at startup or won’t launch.

How to fix Multiversus Crashing at Startup or Won’t Launch

If you are facing trouble while playing on a laptop that has Nvidia GPU, then set your GPU as the preferred processor for this Game. Please follow the below steps on how to do it.

For Operating System Updates, Go to your Settings, find the Windows Update tab, and click on Check for updates. If you are having trouble, then restart your PC or modem.

Sometimes even though your system is fully capable of running Multiversus, many games are still not compatible with Game overlays. So, disable all your game overlays in Steam, Discord, Nvidia Geforce Experience, and Xbox Game bar.

Verifying the Files of the Game

When you are installing the game, sometimes it could happen that your system missed a particular file during the installation or download progress. Since the game is available on both Steam and Epic you will have to verify the files to fix the issue.

For Steam first you need to go the library and right click to select the properties. Inside the properties section click on the Local files tab and click on verify integrity of Game files.

For Epic Games, go to the library and select the game you want to verify the files for. Then click on the three dots beside the game name and the Manage option. A window will open, select the first option, Verify files and hit Verify.

Some Game needs additional administrator permission to work correctly in your system. To enable this, please follow the below steps.

Sometimes 3rd party applications or hardware makes your PC Game unstable. Uninstall or plug out all of them. After that restart the system and try to run Multiversus.

Sometimes you might face error messages like “vcruntime140_1.dll missing” or “MSVCP140.dll was not found”. Installing the latest version of Visual Studio software from the Microsoft store. This will fix the DLL file error popups.

As we mentioned previously that this game requires a minimum DirectX v12, so if your system has a lower version of this software then the game will not run properly. Go to Microsoft’s official website and check for the latest Gen DirectX 12 Version files.

Oftentimes Anti Virus creates problems and restricts the game files even if it has no hacking or data theft issue. If your PC has anti-virus software installed, then either remove it or pause it and try to run the game. Also, turn off the Window’s defender.

Gamers always launch the game from the Main Game Client Software. Instead of launching Madison Game from Steam, go to the game’s directory folder and try to run the game as an administrator. This might help to solve the crashing problem.

If you are still facing issues after doing all of these, then you can contact Steam support for more guidance.

So this was all about How to Fix Crashing at Startup or Won’t Launch in Multiversus Game. If you have something to add, feel free to comment down below. Also, keep an eye on Xombied Gaming for more guides and fixes!

A 29 year old avid gamer by choice dabbles in all things tech. Whether be it spending hours in single-player narrative-based games or going through the latest innovation in technology and chip manufacturing he prefers to stay on top of things. In the other times, you’ll find him tucked away drumming and headbanging to Rock and Roll Classics.