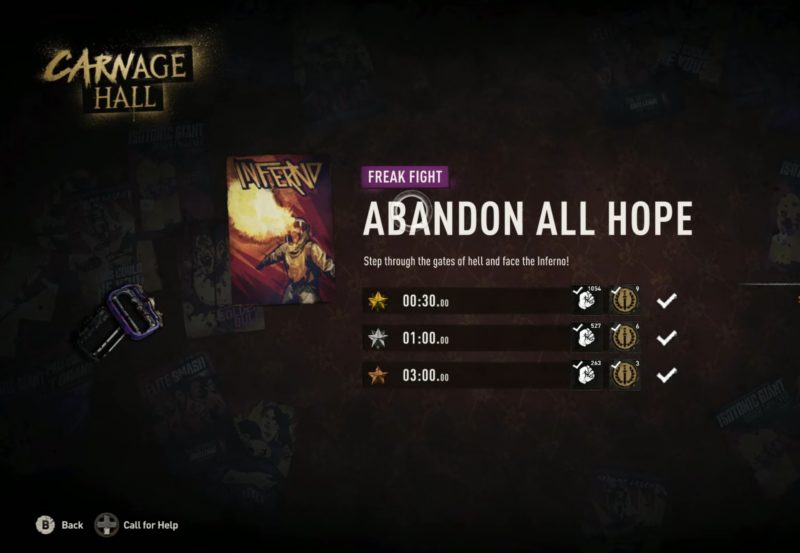 Get Opera Tokens in Dying Light 2 Bloody Ties DLC – By obtaining opera tokens, you can use them for upgrading your weapons or skills.

Opera tokens are very much essential in the Dying Light 2 game’s Bloody Ties DLC. By collecting those tokens, you can access upgrading your weapons or skills to dominate your enemies. You can collect the Opera Tokens from Carnage Hall by spending your time for fighting in the arena.

So this article is going to help you with everything on how to get the best opera tokens in dying light 2 bloody ties DLC.

To get the best Opera Tokens in the fastest way, you have to participate in the Freak Fight on Carnage Hall. And this section, you can access the “ABANDON ALL HOPE“. In this fighting tournament, there are various rewards for completing within a specific time. They are Bronze for 3 minutes, Silver for 1 minute and Gold for 30 secs.

If you can complete this fighting within the 30s, then you can collect up to 18 tokens at a time. This particular “ABANDON ALL HOPE” is the fastest way to get tokens as this is very easy to complete.

All you have to do is just go in front of the enemy and attack him continuously and you can probably beat him under the 20s. You also do not need to worry about this as the attacks of the enemy will not deal so much damage to you and you will be able to replay this Activity again.

So this was all about how to get the best opera tokens in Dying Light 2 Bloody Ties DLC.

Developer and Publisher Techland has launched a new DLC of the Dying Light 2 game. Dying Light 2 is a direct sequel to the previous Dying Light game. This new Bloody Ties DLC of this game has brought some new side quests and weapons for you.

Your precious choice will affect your progression in every step of this game. Also, with this new DLC, you can access new weapons, tools and skill upgrades, etc.