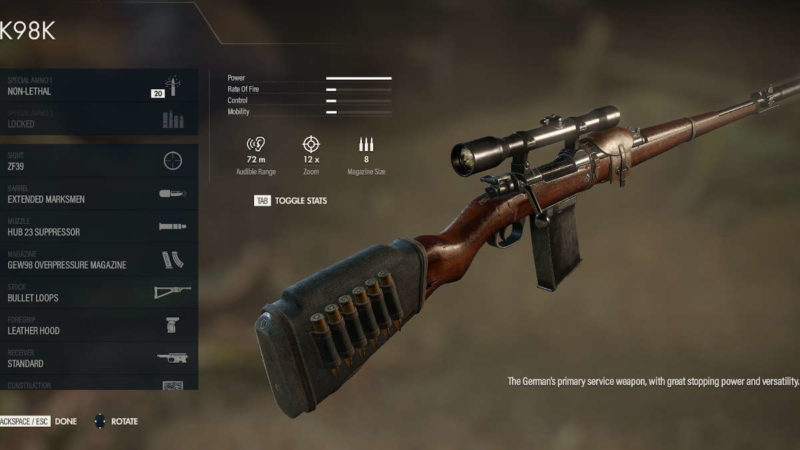 Sniper Elite 5 get Kar98 rifle – Rebellion is back again by adding a new installment to their already famous Sniper Elite Series. The Sniper Elite 5 is an award-winning game where Karl Fairburne, the protagonist, fights to unveil Project Kraken. The game events are set to happen in 1944 France. The game features a unique and authentic sniping mechanism with the enhanced Kill cam followed by great visuals.

This game offers you many types of rifles and SMGs. But you can equip them by completing some challenges in particular missions or finding them in some specific areas. Among all the sniper riles present in this game, Kar98 is one of the best among them. It is a German Rifle used by the Nazis widely in the World War. Sniper Elite fans have always preferred this Rifle as their premium choice.

To unlock this Rifle in-game, you have to complete a specific mission. So in this article, we will help and guide you with the best of our knowledge on how to get the Kar98 rifle in Sniper Elite 5.

Follow these steps to get the Kar98 Rifle in Sniper Elite 5.

You can complete this challenge differently. You can reach the target before entering the hall by knocking him out. Then you can carry the unconscious body to the point, throw the body exactly below the Chandelier and then crash the whole unit on his lifeless body. But this approach takes a little bit of time.

So this was all about how to unlock the Kar98 Rifle in the Sniper Elite 5 game.  If you have something to add, feel free to comment down below. Also, keep an eye on Xombied Gaming for more guides and fixes!