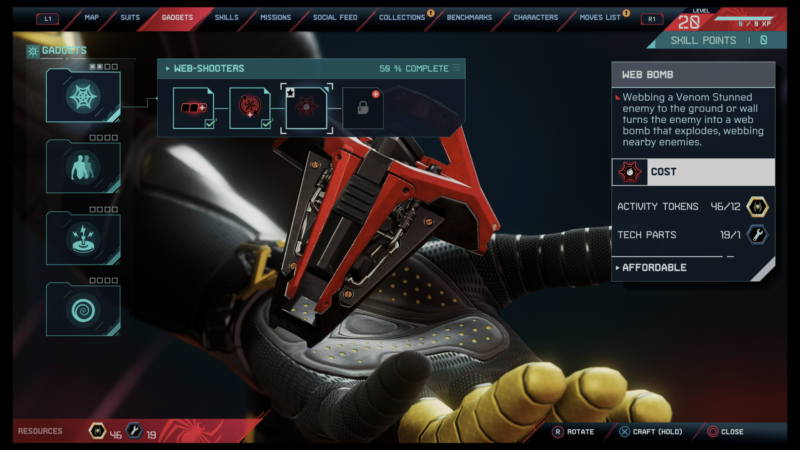 Marvel’s SpiderMan Game Gadget Ammo Reload Guide- After its release on the PlayStation, Developer Insomniac Games, and Nixxess Software released Marvel’s Spiderman Remastered Game for the PC. Spiderman is one of the official Superheroes in the Marvel Family. This is a 3rd person Action Adventure game where you will be offered to play as Peter Parker and Spiderman in New York City. You will also be fighting one of the best villains in the game and have access to different DLCs and various Spidey suits.

So in this article, we are going to guide and help you with the best of our knowledge on how to reload Gadget ammo in Marvel’s SpiderMan Game.

Marvel’s Spiderman Game Gadget Ammo – How to reload them?

In some open-world games, you must have seen that your character uses gadgets with an infinite amount of ammo or in a limited quantity. Sometimes, that ammo is getting reloaded automatically. But in this Marvel’s Spiderman game, there is no system to get ammo reloaded automatically, or you can upgrade your gadget ammo stock. So here are some of the quick tips that might help you to fill your Gadget Ammo.

So this was all about how to reload your gadget ammo in Marvel’s SpiderMan Game. If you have something to add, feel free to comment down below. Also, keep an eye on Xombied Gaming for more guides and fixes!