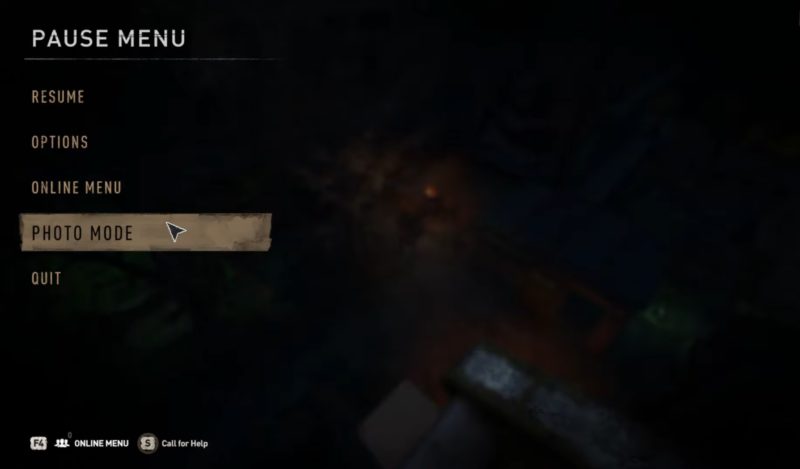 There are many games that give you the option to take an in-game screenshot by using the character’s camera like GTA V, Marvel’s SpiderMan, etc game. In Dying Light 2 Game’s Bloody Ties DLC, you can also take HD screenshots of anything of your choice. This can be performed by using the photo mode feature of this game.

So this article is going to guide you on how to take screenshots in the Dying Light 2 Game’s Bloody Ties DLC.

While in the game, you can access the pause menu and can find the Photomode feature under the online menu option. After enabling this feature, you can take in-game screenshots by applying lots of image filters and customizations. Here are the details of it.

By using this feature, you can remove or let your character visible in the screenshot.

By using this feature, you can add a black box to the top and bottom sides of your screenshot.

Where are my Dying Light 2 Screen Shots?

Your all in-game photo mode screenshots can be found in your operating system’s default folder. And if you are playing this game through the Steam Game client, then you can find all of them in the screenshot folder which is located under the Steam Folder.

So this was all about How to take screenshots in Dying Light 2 Bloody Ties DLC.

Your precious choice will affect your progression in every step of this game. Also, with this new DLC, you can access new weapons, tools and skill upgrades, etc. Now killing and dominating your enemies is very much more exciting and thrilling than before.