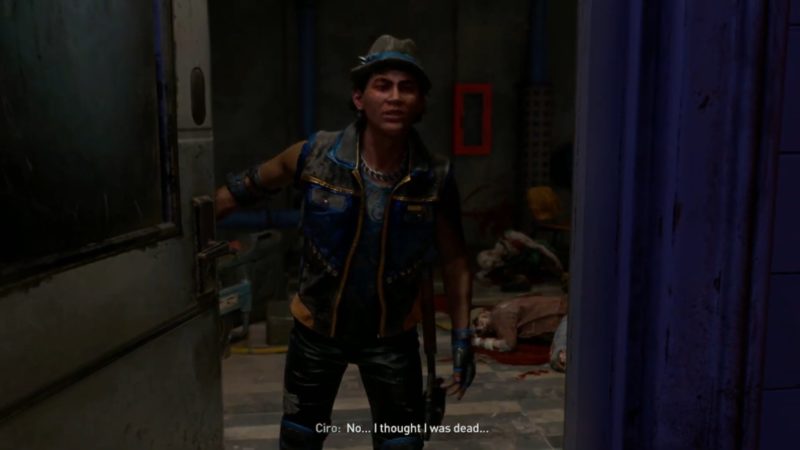 Kill or Spare Ciro in DL2 Bloody Ties DLC – You have to choose whether to kill or spare Ciro in Dying Light 2, and we will help you with that.

In Dying Light 2 game’s Bloody Ties DLC, the Character Ciro will appear here. After making some progress in this game, you must make any one decision on this character. Either you have to kill him, or you can spare his life. Killing or Sparing Ciro will not have a major effect on your game but there will be some changes you will observe.

So this article is going to guide you through everything on whether you should kill Ciro or not in this Dying Light 2 game’s Bloody Ties DLC.

Let’s discuss briefly what will be happened when you kill or spare Ciro in this game.

If you are thinking to kill this character, then you are removing him permanently from this Bloody Ties DLC’s further game progression, which means he will be gone forever. There is no chance of letting him come back to the game anymore. As Ciro has no so important role to play in the rest of DLC’s story progression, so you will not miss him so much.

If you are thinking to spare this character, then he will stay and appear in this DLC just like he was doing before. Ciro will help or guide you at the main boss fight and will help you get a good ending after finishing this DLC story.

So this was all about killing or sparing Ciro in this Dying Light 2 Game’s Bloody Ties DLC.

After the civilisation has fallen, the whole city is now covered in dark ages. With your skill, you need to survive, defeat zombies or mutants, and restore the world. Your precious choice will affect your progression in every step of this game.